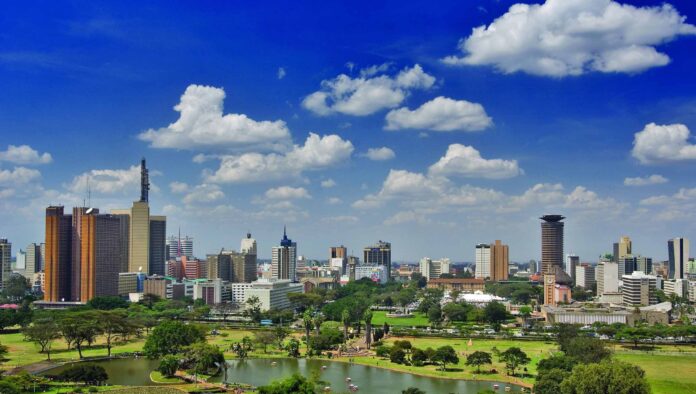 Kenya’s capital city has risen in a single century from a brackish uninhabited swampland to a thriving modern capital. The city has not lost its sense of the past, with an excellent museum and the historical home of Karen Blixen. Going to Kenya for your Eco Tours in various game parks do not miss visiting some of these tourist places.

East Africa’s most cosmopolitan city, Nairobi is Kenya’s beating heart, an exciting, frenetic concrete jungle that counterpoints the untrammeled natural beauty to be found elsewhere in the country. The city is home to a number of great stops including the extensive National Museum, and it’s also a great jumping off point for diving into the country’s varied culinary traditions. Nairobi also harbors a thrumming nightlife scene and an established cafe culture.

The city has its own wildlife attractions, with a fabulous national park on its doorstep and several reserves dedicated to the well being of elephants, giraffes, rhinos and more.  With so many activities woven into its urban web, Nairobi will often come as a pleasant surprise.

Nairobi National Park lies only seven kilometers from the skyscrapers of Nairobi’s city center. A haven for wildlife, the park is also a rhino sanctuary, which protects more than 50 of these critically endangered creatures.

In addition to the rhinos, you can see lions, gazelles, buffaloes, warthogs, cheetahs, zebras, giraffes, and ostriches, and more than 400 species of birds have been recorded in the wetlands.

The Nairobi Safari Walk is a popular attraction, offering animal lovers the chance to spot wildlife on foot, and walking trails weave around the area known as Hippo Pools.

The center cares for young abandoned elephants and rhinos and works to release the animals back into the wild. You can watch these lovable creatures up close as they frolic in the mud and drink from giant baby bottles. Best of all, your entrance fee helps support the project’s conservation efforts.

Giraffe Centre, on the edge of Nairobi National Park, visitors can come face to face with endangered Rothschild’s giraffes. This non-profit center lies on the grounds of the plush guesthouse, Giraffe Manor, and its main mission is to provide conservation education for children.

The visitor center displays information about these graceful creatures, and a raised platform allows you to feed them at eye level with specially prepared pellets.

This is one of the most unusual things to do around Nairobi, especially with children – photo ops with wet, gray giraffe tongues slurping little faces are priceless.

After communing with these long-lashed beauties, you can enjoy a 1.5-kilometer self-guided forest walk in the adjacent nature reserve.

Karura Forest Reserve is a cool, shady oasis just a few kilometers from the city center. This lush green space is actually one of the largest urban forests in the world, and you’ll discover all kinds of things to see and do here. Hike to a multi-tiered 15-meter waterfall.

Enjoy a picnic in the gardens. Watch monkeys clamber through the trees, or just sit quietly by Lily Lake and soak up the tranquility. Bike riding is also popular along the well-marked red-clay trails.

Wildlife also thrives here. Besides monkeys, you might also see duiker (small antelope), butterflies, and many species of birds. After all your forest adventures, sit back and relax with a snack and a drink at the open-sided river café.

Karen Blixen Museum, One of Nairobi’s top tourist attractions, at the foot of the Ngong Hills, is the former home of the famous namesake Out of Africa author. Karen Blixen, also known by her pen name, Isak Dinesen, lived in the house from 1917 to 1931, where she ran a coffee plantation.

Today, you can tour the well-preserved colonial farmhouse, a kitchen in a separate building, a coffee-drying plant in the woodland, and an agricultural college on the grounds.

Furniture that belonged to Karen Blixen and her husband is on display, as well as photographs and books owned by Karen and her lover, Denys Finch Hatton. Enthusiastic guides bring the story of Karen Blixen and colonial Kenya to life.

National Museum in Nairobi is an educational way to spend a few hours on a city stopover. The museum displays diverse cultural and natural history exhibits including more than 900 stuffed birds and mammals, fossils from Lake Turkana, ethnic displays from various Kenyan tribal groups, and exhibits of local art.

In the Geology Gallery, you can explore an impressive collection of rocks and minerals and learn about tectonic plates and the life cycle of a volcano. The Hominid Vault contains a collection of prehistoric bones and fossils, including the preserved fossil of an elephant.

At the museum, visitors can purchase combination tickets, which include entrance to the adjacent Snake Park with live specimens of Kenya’s most common reptiles.

The Kazuri Beads Factory is a great place to shop. Best of all, you’re helping disadvantaged local women at the same time.

Join a free factory tour and see how local women, including many single mothers, make the beads and other pottery items from scratch. After the tour, you can purchase some to take with you, knowing you are purchasing from a World Fair Trade Organization member. Prices are relatively reasonable.

Bomas of Kenya is a living museum celebrating the colorful tribes of Kenya. This is a great place to learn about the lifestyle, art, music, crafts, and culture of each tribe.

The complex encompasses a recreated traditional village with homesteads or Bomas, each one reflecting the culture of a major ethnic group. Every afternoon, a team performs traditional dances and songs in the large theater. Audience participation makes the performances even more enjoyable.

The building is an internationally acclaimed venue for conferences, meetings, and exhibitions, and it’s an eye-catching landmark in the city. Though not the tallest building in Kenya, it dominates the skyline with a 28-story tower overlooking a large amphitheater. Its pale terra-cotta façade recalls the color of traditional African huts, and the central plenary hall resembles the ancient Roman Senate.

Zoom up to the rooftop viewing platform to take photos of the sprawling city below, and you can also enjoy a meal at one of the restaurants.

The Ngong Hills are the peaks of a ridge overlooking the Great Rift Valley, and many white settlers established their farms here in the early colonial days. Half-timbered houses and flowering gardens remain, but seem more suited to southern England than Africa.

Several walking trails traverse the hills, offering beautiful views of the valleys below. Wildlife is also visible in the area. Buffalo, gazelles, giraffes, bush buck, the occasional klipspringer, and troupes of baboons are often glimpsed grazing along the roadside.

How to Fuel Your Car Rental in East Africa